No replies to this topic 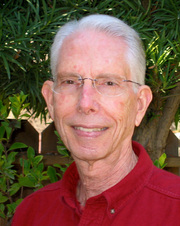 First let’s look at what keeps cancer cells alive, then we will come back and examine how the cannabinoids CBD (cannabidiol) and THC (tetrahydrocannabinol) unravels cancer’s aliveness.

In every cell there is a family of interconvertible sphingolipids that specifically manage the life and death of that cell. This profile of factors is called the “Sphingolipid Rheostat.” If endogenous ceramide(a signaling metabolite of sphingosine-1-phosphate) is high, then cell death (apoptosis) is imminent. If ceramide is low, the cell is strong in its vitality.

Very simply, when THC connects to the CB1 or CB2 cannabinoid receptor site on the cancer cell, it causes an increase in ceramide synthesis which drives cell death. A normal healthy cell does not produce ceramide in the presence of THC, thus is not affected by the cannabinoid.

The cancer cell dies, not because of cytotoxic chemicals, but because of a tiny little shift in the mitochondria. Within most cells there is a cell nucleus, numerous mitochondria (hundreds to thousands), and various other organelles in the cytoplasm. The purpose of the mitochondria is to produce energy (ATP) for cell use. As ceramide starts to accumulate, turning up the Sphingolipid Rheostat, it increases the mitochondrial membrane pore permeability to cytochrome c, a critical protein in energy synthesis. Cytochrome c is pushed out of the mitochondria, killing the source of energy for the cell.

Ceramide also causes genotoxic stress in the cancer cell nucleus generating a protein called p53, whose job it is to disrupt calcium metabolism in the mitochondria. If this weren’t enough, ceramide disrupts the cellular lysosome, the cell’s digestive system that provides nutrients for all cell functions. Ceramide, and other sphingolipids, actively inhibit pro-survival pathways in the cell leaving no possibility at all of cancer cell survival.

The key to this process is the accumulation of ceramide in the system. This means taking therapeutic amounts of CBD and THC, steadily, over a period of time, keeping metabolic pressure on this cancer cell death pathway.

How did this pathway come to be? Why is it that the body can take a simple plant enzyme and use it for profound healing in many different physiological systems? This endocannabinoid system exists in all animal life, just waiting for its matched exocannabinoid activator. This is interesting. Our own endocannabinoid system covers all cells and nerves; it is the messenger of information flowing between our immune system and the central nervous system (CNS). It is responsible for neuroprotection, and micro-manages the immune system. This is the primary control system that maintains homeostasis; our well being.

Just out of curiosity, how does the work get done at the cellular level, and where does the body make the endocannabinoids? Here we see that endocannabinoids have their origin in nerve cells right at the synapse. When the body is compromised through illness or injury it calls insistently to the endocannabinoid system and directs the immune system to bring healing. If these homeostatic systems are weakened, it should be no surprise that exocannabinoids are therapeutic. It helps the body in the most natural way possible.
To see how this works we visualize the cannabinoid as a three dimensional molecule, where one part of the molecule is configured to fit the nerve or immune cell receptor site just like a key in a lock. There are at least two types of cannabinoid receptor sites, CB1 (CNS) and CB2 (immune). In general CB1 activates the CNS messaging system, and CB2 activates the immune system, but it’s much more complex than this. Both THC and anandamide activate both receptor sites. Other cannabinoids activate one or the other receptor sites. Among the strains of Cannabis, C. sativa tends toward the CB1 receptor, and C. indica tends toward CB2. So sativa is more neuroactive, and indica is more immunoactive. Another factor here is that sativa is dominated by THC cannabinoids, and indica is predominately CBD (cannabidiol).

It is known that THC and CBD are biomimetic to anandamide, that is, the body can use both interchangeably. Thus, when stress, injury, or illness demand more from endogenous anandamide than can be produced by the body, its mimetic exocannabinoids are activated. If the stress is transitory, then the treatment can be transitory. If the demand is sustained, such as in cancer, then treatment needs to provide sustained pressure of the modulating agent on the homeostatic systems.

Typically CBD gravitates to the densely packed CB2 receptors in the spleen, home to the body’s immune system. From there, immune cells seek out and destroy cancer cells. Interestingly, it has been shown that THC and CBD cannabinoids have the ability to kill cancer cells directly without going through immune intermediaries. THC and CBD hijack the lipoxygenase pathway to directly inhibit tumor growth. As a side note, it has been discovered that CBD inhibits anandamide reuptake. Here we see that cannabidiol helps the body preserve its own natural endocannabinoid by inhibiting the enzyme that breaks down anandamide.

This brief survey touches lightly on a few essential concepts. Mostly I would like to leave you with an appreciation that nature has designed the perfect medicine that fits exactly with our own immune system of receptors and signaling metabolites to provide rapid and complete immune response for systemic integrity and metabolic homeostasis.

Back to MMJ Information

Also tagged with one or more of these keywords: Cannabis kills Cancer Cells

0 user(s) are reading this topic